The appeal of fantasy sports leagues 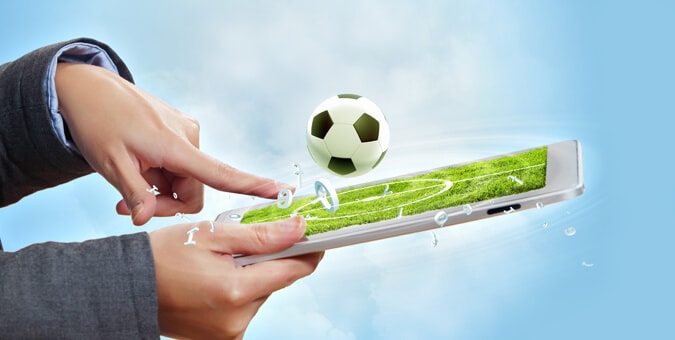 To add to the joy of watching and following sports, the Americans came up with fantasy sports leagues. Basically you just take your pick out of players in a certain league who you think will get the most points, goals, interceptions, etc. Originally it was most often used for ‘American’ sports like American football, baseball and basketball, but nowadays fantasy sports is available for almost all professional sports. Curious about what the appeal of fantasy sports leagues is? We’ll tell you!

Maybe you usually only watch the games of your own favourite team, but with a fantasy league you will get involved with other teams as well, since they host your fantasy players – and they have to gain points for you to be able to triumph over your friends. Soon you’ll find yourself checking live scores on birthday parties or changing your team on the way to work, just in time for the deadline.

You won’t actually have any effect on the results of the players in your team, but it is up to you to decide who’ll be in your team, who gets transferred out and who will be on the bench. Just like a real manager, but without the hassle of having to train and coach them. So no disappointed players complaining over why they are benched and no fans booing you after a bad decision. It’s just you, your friends and other fantasy players.

Whoever is on top of the league has the bragging rights, you have officially proven you’re an expert after all. And with that comes the right to brag about it against your friends. Mock their decisions, boast about your own perfect predictive powers and just tell everyone what they should or could have done better. There is no better feeling, but it might be over in a second, so be sure to enjoy it while it lasts. Of course there’s more to it than the bragging rights, fantasy leagues are also a great subject for lots of fun conversations with friends.

Often is doesn’t stop with merely the bragging rights, since prizes are common when it comes to fantasy leagues. Whether it’s just a small league you’ve created yourself or a big game with thousands or millions of others, the best won’t go home emptyhanded. For some leagues there are prizes being handed out on a weekly or monthly basis, for others there’s only a reward for the winner at the end of the season.

But where does all the data come from?
For any fantasy league data is key. In the end, up-to-date and correct data is what makes a fantasy league trustworthy. You can do it all by hand, but it’s much easier if the work is done for you of course. And that’s where companies like Sportmonks come in. They offer API’s for your website with all the sports data you need. Take a look at their website to see what they have in store for you!